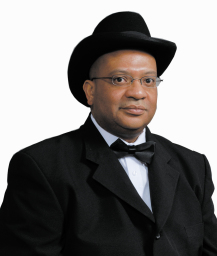 I Know Why The Caged Bird Sings

We are in the midst of one of the worst pandemics that has ever occurred in the world, and in America, African Americans and people of color are disproportionately impacted. When we look at other well-being indicators such as health factors, economic factors, and social factors, blacks seem to be suffering over and above all others and we ask the question, Why.
But not only that, we ask the question, why do black people riot in this time of social unrest.
If I were young, able bodied, and in the key cities where the protesting and rioting is going on, I would probably be right there with them, in the midst, for I understand.
Maya Angelou wrote a book entitled, “I know why the caged bird sings”. Some say that Angelou’s metaphorical title begs for an explanation, while Angelou never gave one, philosophers say that the bird sings for it longs to be free.
Another explanation, is that, this is all that the bird can do.
In America racism is so dominate and ever present that it has killed and continues to kill the black spirit. Racism is epitomized in the George Floyd incident. Black men have been targeted and negatively impacted by police brutality, economic deprivation and inequities, social and civic discrimination, and drug victimization for 200 years and it has not stopped.
The invention of cell phones with high resolution cameras are allowing people to prove it and bring things to light, but these things have been happening all along. Many incidents have been as brazen as the White Officer putting his full weight on a handcuffed black man as he lay on the ground dying, as in the George Floyd case. African Americans and others who see and witness this kind of travesty are singing, rioting, protesting, because their voices are not and have not been heard. The Johnson era civil rights laws, and equal opportunity legislation that helped to create a black middle class with certain protections were dumbed down and made null and void by more systemic racism and racist policy leaders like what we have in the White House. The Bush and Reagan Administrations stripped the EEOC of its power and effectiveness.
Whites suffer no or very little repercussions for discriminating against Blacks. They do it in employment practices, economic deprivations and other ways that adversely impact the community. When I say economic deprivations, I mean that they do not participate equitably with non-white vendors for key business opportunities, and deprive black businesses of business. White led organizations will not re-invest into the community that they are in by patronizing Black businesses, even when doing so is in their best interest. Thus widening the disparity gaps.
Many organizations take money from the poorer community, that is supposed to be directed for the poverty-stricken communities, and find a way to re-direct it to White consumption and use. And they get away with it because the cameras are not on them, and the burden and logistics of proof are beyond the victims. Yet, these communities, and these people are dying with the knee and full weight of these organizations on their necks. And you had better not say anything about it, the white knee will press even harder.
As in the George Floyd story, people are saying, enough is enough. We have had all that we can or are willing to take. You don’t want to listen to our calm, logical pleas then listen to our protests, riots and “by any means necessary rhetoric”.
When I see the rioting, this is what I see and hear: (Please listen. Hear our voice. No one wants violence. No one wants chaos. But racist practices and presidential dog whistling have been hurting us and pushing us to a brink, and it must end and it must end now.)
I was recently told by a well-heeled White male and I quote him, “Your voice is no more important than anyone else’s” as he worked to discriminate against me and practice his White privilege routine, with his knee on my neck.
Well, my Voice IS as important as anyone else, Mr. White male. So was George Floyd's voice as he lay on the ground with a White knee on his neck being suffocated to death. “Please. I can’t breathe.” His voice went unheard, and, I guess his voice was no more important than anyone else’s either. But that voice, in pain, may just be the single catalyst that will help to turn this world around and open-up a new dialogue of many voices who will sing, sing for justice, sing for peace.
We can’t fix the racial disparities in this country without addressing racism, and racist practices.
Yes, I do know why the caged bird sings. It longs to be free. It sings for me.